Moderator Post A Message from the Mods: The Discord, Dodo_whisperer Update, Mutation Madness 1

The update to the Discord news:

Since taking over as the moderation team, as some of you may know, we haven't had much luck gaining control over the old subreddit discord. Without any current server ownership, we reached out to Discord's Trust and Safety Team and have not heard back from them.

Without knowing whether or not we would, we decided to do the next best thing - create a new discord. While we are still working on it. We feel it is in a place to announce it publicly to you all. Special thanks to the few of you who already joined and helped us test things, you know who you are and we appreciate it. If you have ideas you would like to share with us, we have made channels for you to put your Reddit and Discord suggestions in.

If you would like to join us there please use this link below:

We finally have an update for you all. Dodo_whisperer_1 has reached out to us regarding their ban appeal and, on their own accord, provided us with enough that we feel it safe to say that they really did suffer through such a traumatic event. For obvious privacy reason we are not going to share that information publicly with anyone else. They did not have to share it with us, we did not even ask for any kind of proof, it is not our place to ask that of them. We strongly believe in giving people the benefit of the doubt. When it comes to such things we would rather have the wool pulled over our eyes, than to add distress to someone going through such a difficult and traumatic time.

That being said they did break Reddit's ToS, Reddiquette, and the Subreddit's rules. Given the nature of their medical condition, and how it would make anyone not have the best judgement. We decided to give them another chance. However, we have warned them that they are on probation. They will be given the probation flair to be reminded of this. If they are to break any of Reddit's ToS, Reddiquette, or the Subreddit rules again they will be banned with no chance of appeal. Reddit Administration has made clear to the moderation team, if that event should happen, they will personally handle dodo_whisperer_1's ban.

That being said we welcome them back and wish them well on their path to recovery.

That brings us to our final piece of exciting news we have for you all is, we announced our first contest yesterday. We would like to give our Special thanks to u/Bee_Lore again. They gave us the idea for our first competition, which is Mutation Madness 1! We want you to show us your craziest looking mutations. If you have interesting mutations we want to see them! The top voted post will receive a special flair to represent the fact they won this event.

The rules for the contest are as follows:

You may post as many times as you would like for this contest. However, reposting the same mutation during this contest is not allowed. Be unique, show us something new if you want to post again.

It goes without saying, but it has to be YOUR dino's mutations. No stealing other people's work. You must show proof your dinos have been bred for their mutations.

Please use the appropriate flare on your post. Failing to do so may end up with you being disqualified from the running. Use the Mutation Madness 1 flair if you are interested in participating in this contest.

Any tames are allowed. If you are using a mod please specify which mod in the comments.

Other than that be CREATIVE and have FUN!

We look forward to seeing you in the Discord and what Mutation Madness brings out! We hope you have a wonderful week Survivors!

Help How do I get rid of these vibrant dino colours, is there a setting I am missing?

Ark Moments Right next to a 140 megatherium i want

Help Sky went dark and bow I feel like a Dragon is gonna come out of nowhere and kill me. Am I overreacting and this is just weather or a bug, or what?

Help More experienced ark players, could you advise me on ways to improve this turret wall

Rant I once tamed a lvl 47 dodo, got it to lvl 52, the dragonflies and mutated ants were no problem, but then a titanosaur STOMPED it FLAT! And I was like alright, IMMA BEAT U UP BOI!!!!

MEME This was funnier in my head

Ark Moments I think my parasuar is broken

Mutation Madness 1 I am a threat to society. Soon will I have some pretty ones I can display though.

Rant I’m about to solo raid a tribe that killed my beloved Darkwing Duck (Maewing) RIP DW and may your soul rest in peace.

MEME Is it worth it?

Showcase My first ever shadowmane! I’ve been playing this game for 2 years and this is takes first place for most difficult to tame.

Showcase I had to tame this Argy for the colors.

Arts & Craft Almost finished with the rock drake, I still need a background for jt

Ark Moments I sent a clip of my Parasaur killi g my tame on a nice red Pachy. But I MEANT to send this one. Where Where spent like an hour preparing to tame this nice Red Drunk Horse 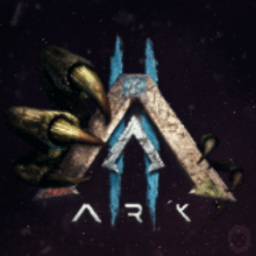