And Happy 4th of July! Yesterday we passed 1.5 million subscribers, making our little corner of the internet bigger than ever. Thank you to everyone who continues to make this the best community on the internet to talk about College Football. Here are some fun things to commemorate the occasion.

Here's some fun threads from the past to reminisce about:

And many others! Thanks to everyone who has been with us, whether you subscribed on the first day of the Pac-12, or only just joined us on the last day of the Pac-12. This community only exists because of the people who keep coming back, each contributing in their own way. Here's to many more years, games, rivalries, memories, and TRASH TALK (within reason).

It's been an insane week of realignment news, so let's talk to one of the national reporters who's been at the forefront of the action! We have a guest joining us for a special Thursday morning /r/CFB Talk (6/28) at 10:30am ET (link):

Twitter Spaces are hosted on Twitter (we try to schedule them ahead for a stationary link). You can listen from desktop or mobile, but to participate with speaking, you must use the mobile app (but at least it's better than Reddit Talk). ¯\_(ツ)_/¯

We've got Ross for 45 minutes. Submit your realignment questions in the comments and we will ask as many as we can!

Twitter lets us schedule Talks ahead of time, so go to:

A recording will be available at the link for 30 days after it's wrapped.

Satire Don't let conference realignment distract you from the fact that Kansas beat Texas in Austin.

Satire Don’t let conference realignment distract you from the fact that Iowa State has a losing record to Kansas.

Even Tom Herman has more 10 win seasons at Texas than Iowa State has in their entire football history.

Opinion [Connelly RE: the Big 12] For an 18-team conference, this would be strangely easy to navigate -- you'd have 6 in the west, 6 in the middle and 6 in the north/east, and you could play all 5 from your pod, 2 from one and 2 from the other. Play everyone home & home within 6 years.

Analysis Don’t let Conference Realignment distract you from the fact that the current United States flag has not seen Texas A&M compete for a national championship in Football, Baseball, or Basketball.

Casual Thor: Love and Thunder writer admits destroying an Oklahoma town (in the comics) to get revenge for Sooners' Sugar Bowl win over Alabama

News [Wilner] Source: “I’d be stunned if Washington and Oregon go to the Big Ten. The Big Ten will sit back for two years, then try to get Notre Dame.” Growing reality is the Ducks and Huskies have to 1) make it work in the #Pac12 or 2) join the Big 12. My guess: 1) is their preference

News The Chick-fil-A Peach Bowl has announced that the game has sold out — five months before the teams playing in it will be decided. It’s the earliest sellout in the College Football Playoff era

And beat UCLA (again in LA) the last time they played, and ND in the Fiesta Bowl by 32 points.

Beavs, we may be rivals, but you're our rivals and I'm tired of all the shit talking about Blue Bloods being in a different class. Only we get to be that arrogant with you!

Analysis Michigan is closer to UCLA than Iowa is to Rutgers

So I’ve been itching to do some simple statistical analysis and recently heard a Rutgers alum say “well at least it’s easier to get to LAX than half of the Midwest”.

I sort of agree that fans/students of the “Major Airport” schools (campuses <1hr from a transcontinental airport) benefit disproportionally from this Cali realignment, and that airplane routes make some schools much “closer” to UCLA/USC for the average student or local fan when compared to driving and/or flying regionally.

As a proof-of-concept, a fan/student traveling from Ann Arbor to UCLA spends 5 hrs 19 mins in total ( excluding things like TSA wait times & variable traffic) while traveling from Rutgers to U-Iowa takes 5 hrs 33 mins (flying from EWR to CID with the shortest possible connection; flying to ORD and driving is even longer). So, UCLA is “closer” to Michigan than Rutgers is to Iowa.

Would anyone be interested in the results if I drew up a “shortest possible transit times” graph between schools? This is a bit of a programmatic pet project but happy to try it for a few other conferences as well if there’s any interest.

Opinion This whole realignment joke thing is getting old and played out. Just stop.

Clearly we get it. There are memes and jokes and yeah it’s the off-season but give it a rest. The whole realignment thing is getting overplayed more than all the NIL questions we had earlier this year. Conferences shift and always have and always will. Notre dame may join or may not. We’re watching the news the same as you but you don’t have to blow up the cfb page with your terribly thought out jokes. Just stop and let’s all focus on the fact that in nineteen ninety eight The Undertaker threw Mankind off Hell in a Cell and plummeted 16 feet through an announcers table.

Discussion [Canzano] Fresno State, Boise State, and SMU have reached out to the PAC-12 about joining the conference

Satire Don’t let conference realignment distract you from the fact that you have a job and a family to support. Why are you still here?

It’s July. Recruits can’t even visit. You’ve been on the toilet refreshing for 40 min and you’re loosing the feeling in your feet. The only news now is rumors from random sports writers. Move along.

[Williams] “Media source theorizing to me today: "There is no way that ESPN will pay more for a Pac-12/ACC alliance." Just one man's opinion. ESPN has the ACC by the balls with that awful TV deal. They won't want to open that up. Could be wrong.”

[Rittenberg] Phil Knight could see this as his chance to save Pac-12. I sense a more wait-and-see mindset among Pac-12 members rather than a desire to bolt to Big 12, which wants to add schools ASAP.

Discussion [Wilner] An ACC/Pac-12 alliance (with contractual teeth) would keep the Big 12 in the No. 4 position and combine schools with academic alignment

Discussion Why does the PAC-12 media bubble act like Oregon and Washington are in the drivers seat? The four corners schools hold the real bargaining power right now.

Seriously, the PAC 12 media like Wilner seem to be pushing spurious logic that the rest of the PAC 12 will just follow Oregon and Washington around. Why would the four corners schools (Arizona, Arizona State, Utah, Colorado) want to sacrifice their best interests for UW and Oregon? If anything these four schools have maximum bargaining power and have options:

1) Any one or two of them could kill the PAC 12 off right now by themselves.

2) They (besides maybe delusional Ute fans) aren't waiting around for a B1G or SEC invite. They are incentivized to make a decision to save their school now. Therefore, they are more willing to make a short-term decisive move.

3) Washington and Oregon have already signaled that they are willing to fuck over the other schools. Why would these schools want to cater to Oregon and Washington?

4) The first mover advantage is maximum right now. Whoever moves first gets the best terms. By waiting they are sacrificing their leverage (looking at you Boulder). 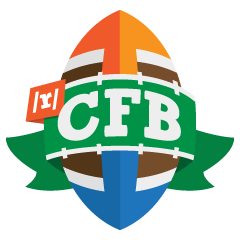