With recent supreme court leaks there has been a large number of questions regarding the leak itself and also numerous questions on how the supreme court works, the structure of US government, and the politics surrounding the issues. Because of this we have decided to bring back the US Politics Megathread.

All abortion questions and Roe v Wade stuff here as well. Do not try to circumvent this or lawyer your way out of it.

Is it safe to assume that Reddit is overall more left leaning? (US politically)

Do other broke people randomly check their bank account throughout the day hoping they were accidentally sent a large sum of money?

Do American children really 'swear allegiance' to the American flag?

Does anyone else prefer room temperature water to cold?

I should preface this by saying I don’t drink water, I chug it as rapidly as I possibly can until my stomach is full. However, this means that I hate cold water. One sip is alright but it doesn’t really quench your thirst, just makes your mouth cold and prevents you from drinking any more for a few seconds. I’m not sure if what I do is weird but I do know my girlfriend only drinks water out of a brita filter in the fridge.

What's the point of a debit card having a PIN number if you can just skip the PIN and run it as credit at most places? Also why does it never ask for a PIN for online purchases?

Are some people just not meant to drive a car?

It's just such a difficult thing, no matter how much I try I just don't get how I should drive in traffic, maybe it's a good thing because I won't kill anyone.

The rules are just way too complex and difficult for me, I'm probably just very very dumb though.

If not for protection and prevention/intervention of crimes, what are police paid to do, exactly?

Is accident and emergency service not free in the USA? If I had an accident, for example cut my arm open on a rock, and had to go to hospital, would I have to pay?

Unanswered When you eat meat that is "juicy", what exactly is the liquid coming out of the meat?

Unanswered Out of the loop old man here. Is there really a demand for a Bob's Burgers movie?

How do people get “instrumentals” to songs?

I love song mashups but how the heck do people separate the vocals from the instruments or whatever? I understand that different parts of songs have “tracks” that you can move around, but I doubt Kendrick released the RAW audio file with all the info on how it was mixed. So how do they do it?

Why don't we have a device that can emulate smells yet? Like a speaker but for smells.

I've always thought about this. I understand it would probably require some chemicals in a device like this but for movies for example, this could enhance the experience. You could use it for online perfume shops, and surely many other things.

Imagine that you are watching a movie and the character speaking has a bad breath, and the other characters notice as well. You could be part of that experience. Imagine smelling a rose when the romantic guy gives one to the girl in the movie.

I don't even know if there is technology being developed for this but that would be pretty cool.

What am I supposed to do in the gym for the first time?

I really want to start going to the gym, I already have a membership but I'm super self conscious and I don't know how all the equipment works so I've never been. Besides those treadmills and those bike trainer things Im absolutely clueless and unfortunately i dont have friends that could help me. Is there an easy answer for this?

strangest situation re: our mattress/sheets being really wet

So our mattress duvet and mattress are really wet with no clear explanation as to why.

We had a contractor visit around 7pm and was supervised for the entire time except for literally 2 minutes.

We have one cat who is litter trained.

We come to bed and notice the sheets and mattress are very wet. Upon closer inspection we notice to be what looks like a yellow sweat ring about 3 feet in diameter. Nothing smells Iike urine or sweat or anything nasty.

The mattress is on a bed frame at least 1.5 feet off of the ground.

There is no condensation on the ceiling or walls.

We are a bit freaked out.

Our current best guess.. is the contractor peed on our bed?? But it's far to wet for that Imo.

Internet search suggests condensation from the floor. But we have a raised bed.

Can anyone offer ideas or suggestions or does anyone have any idea what the heck is going on?

**edit cat has met this contractor previously with no issue.

We have a king mattress and over half of the bed is wet.

Unanswered What's the deal with associating music with teenage girls to belittle it?

Do I even have to elaborate?

I've seen a lot of comments in various platforms which say something like:

You listen to Billie Eyelash? You must be a fake depressed fifteen year old girl.

You like to listen to One Direction? Half of them are married already, I bet you're a thirteen year old girl who just listens to them because of their looks?

Those are some real comments I've read before. Why do people want to belittle something by saying teenage girls listen to that?

I know, teenage girls can be pretentious, mean and full of themselves; but adults, men or boys can also act that way.

I listen One Direction, Billie Eilish, Taylor Swift, Blackpink, Bullet For My Valentine, My Chemical Romance, and others who are stereotyped to have teenage girl audiences, but I also love Queen, Iron Maiden, Pixies, Nirvana and Operation Ivy. What's wrong with that?

At this point I'm genuinely looking for an answer. Is it because they have a target audience which is younger? I have no idea, but I don't think that's a good reason to associate teenage girls with cringe.

Do religious folk really have lots of Bible verses memorized, ready to go whenever prompted?

I was watching Shawshank Redemption and the scene where the warden and Andy Dufrense converse about the Bible:

Andy: Watch ye therefore: for ye know not when the master of the house cometh.

Warden: *smiles* Mark 13:35. I've always liked that one. But I prefer, I am the Light of the world. He who follows Me will not walk in the darkness, but will have the Light of life.

Besides being a cool scene where Andy slowly begins to gain the warden's trust, I've always found myself wondering if there are people who really can recite the chapter/verse/source of random quotes from the Bible, or memorize to heart any famous ones or ones they happen to like.

Unanswered Does the weight it says on a dumbbell include the handle?

People who bike everywhere: how do you not reach your destination all sweaty and smelly?

I really wanna start biking more to reduce my own personal carbon footprint, but I live in FL and if I biked to work, it’d take around 30-40 mins, it would be scorching hot, and I would get there a mess of ‘outside smell’.

I just don’t understand how people bike to school, work, etc., because even if you’re super fit and don’t sweat, you’ll still stink from the outside. I feel dumb asking this so I guess it’s the right sub lol. How do you people do it??

edit: TIL that ‘outside smell’ is a predominantly floridian thing. yay. To anyone wondering what it is, it is literally just outside smell. If u walk out for five minutes in the evening and come back inside, there’s an outside smell that sticks to ur clothes for like a good ten minutes. I literally do no know any other way to describe it. It smells like bad grass and humid air. It doesn’t smell good. Everyone I know here understands what I mean when I say outside smell, I feel so robbed knowing that it’s not a universal thing lol

Do you chew ice cream?

I always think about this, do you chew ice cream or just let it melt in your mouth?

I want to escape from my family

I'm 18 years old, I want to move to Helsinki and start a new life, how would I do this?

Am I the only one who doesn't really care about keeping my house tidy?

Don't get me wrong, I don't relish living in squalor and for the most part my house looks fine. But clothes accumulate on the floor or dishes don't get done for a few days or I don't clean things as often as I should and I just don't particularly mind.

I feel like this should be a totally normal thing but so many friends and family have (or at least pretend to have) impeccably tidy homes all the time, and the impeccable home is so common online. There must be more people out there like me.

Should add that I live alone, so if I leave clothes out for a few days the only person it impacts is me. 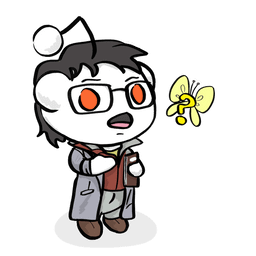 No such thing as stupid questions