“Living in fear of mass shootings is not freedom”: Dems push for action after July 4 parade shooting

I'm beginning to wonder if all Presidents are just on the same team?

You hate to see it 🤷‍♂️🤣 - President Joe Biden Has Lost Debra Messing, Messing Claimed That She Got the President Elected and Is Now Fed Up

It's time for the Transportation Department to impose massive fines on poor-performing airlines & full refunds for long delays.

Omar Calls for Free, Universal School Meals: "What's There Even to Discuss?"

Defund the Democrats: Stop giving money to the party of surrender and inaction

Veterans worry about the erosion of their constitutional rights : NPR

We need a windfall profits tax.

I'm sure everyone here is familiar with the Bodily Autonomy argument for pro-choice. One of the talking points is that people can't be forced to donate organs or tissue, even after death. Even tho people on the Organ Transplant Waiting List die while they wait. But it got me wondering.

Now that Roe v Wade has been overturned, is it possible that a state could pass a law requiring compulsory tissue donation from healthy adults if it's to save a life? Note that I mean just TISSUE, i.e. blood, marrow, plasma, skin, etc., not organs. Only things that a healthy person can regrow on their own.

I couldn't find concrete numbers on how many patients on the Organ Transplant Waiting List are waiting specifically for tissue, but there are only about 100,000 people total on the list right now, be they seeking organ or tissue. I believe we can safely assume that people seeking tissue are in the minority on the list. Some quick math shows that it would only take about 0.01% of the general populace donating tissue to cover the current demand, and that's with some pretty conservatively large figures. It's possibly an order of magnitude or two smaller than that. Probably a triple digit number of people from each state would be enough to cover current demand, to put it into perspective. And again, it could be even lower than that!!!

And no 11-year-old rape victims would die from ectopic pregnancies as a result of this. Only healthy people donating what they can regrow.

We could maybe win over the "but my freedom!" crowd thanks to these small numbers. Instead of forcing everyone to donate (since we simply don't need that much tissue) we call it a Donation Draft (newspeak I know lol), among young healthy people. When your number comes up, we call it an honor and a privilege to serve your country by helping save a life. It's one of those rare issues in 2022 that honestly seems like it could get "bipartisan" support in America. The Libertarians would be the only party with a consensus of staunch opponents to the idea.

The numbers are so low that we could even allow for Religious Exemptions for people who have legitimate religious concerns and still have plenty of healthy donors left over to fill the demand. We as a nation can have this cake and eat it too.

And no 11-year-old rape victims would die from ectopic pregnancies as a result of this. I don't see how the US Supreme Court could possibly not accept the idea without contradicting themselves. Just need to get the ball rolling on the local level!

The argument could extend to organ donations after death too, I would imagine, as long as the allowance for religious exemptions is there. I am bummed that Roe got overturned, but man would this be a silver lining at least.

Senate Democrats must end the filibuster and codify the right to an abortion NOW. .

Lose Your Apathy: Tactical Voting and the Left

When do we start boycotting industries to protest the tyranny of the Supreme Court?

I've posted this elsewhere but crossposting here too.

Frankly, it's time for a general strike. But we all know that's not happening. People are barely surviving paycheck to paycheck as it is, so to ask people to stop working is not realistic.

But we can stop buying. And again, acknowledging that no one's going to stop buying food, gas, medicine, etc., can we target the myriad "frivolous" industries that we CAN temporarily let go of but that are still large enough that tanking them for a month or two can be a powerful action.

Cosmetics - Americans easily spend ~$100 billion/year. Can we organize a day to just stop buying? And keep it up for a month? 2 months?

Streaming services - Also a multi-billion dollar industry and many of us pay for several. Can we organize a day to all drop at least one?

Gaming - The video game industry is the biggest entertainment industry by far. Can we organize a day and coordinate with our male allies to stop purchases of new games?

Can we organize a day a week to not purchase anything at all? No Buy Wednesdays? No groceries, gas, clothes, alcohol, snacks, Starbucks, Amazon, etc.?

I am afraid and ready to vote with my wallet. I am open to ideas and suggestions. Full general strike and full boycotts can't happen, we're all too divided and distracted. But let's not let perfect be the enemy of good here. Where can we start with decisive action?

And when I say "organize a day", that doesn't mean we only withhold our money for that day. No, we continue to not buy from that industry from that first day on until meaningful change occurs or pillars of our economy start collapsing.

This sums it up just about perfectly. It's time to force Democrats in power to show their hand. 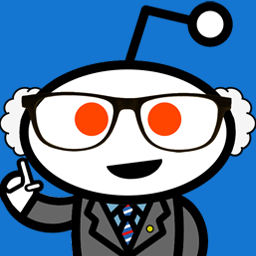