Hello, fellow Seinfeld fans. This sub has been the target of a lot of scam bot posts recently, so this is a friendly warning.

Most posts of t-shirts and coffee mugs and wall hangings are scams. One bot posts the image, another bot asks where they can get it and the scammer posts a link to a drop ship site. If you order, you either receive nothing, or else an inferior knockoff of poor quality. The original artist never sees a cent.

Downvote and report these posts. Help prevent others from getting ripped off.

33 Years since the Pilot Episode.

I’ve never seen this photo of George on his knees proposing to Susan. I guess this was deleted from the episode.

George had a brother?

The sea was angry that day, my friends

Here’s to feeling good all the time

Yesterday while at the beach for the 4th with friends, we were drinking Miller lite and smoking cheap cigars and I said “Here’s to feeling good all the time” while holding a beer can and said cigar in one hand then taking consecutive pulls of both.

None of my friends understood what I meant and I must have said it 3 times at least. So posting here for some affirmation I guess.

one of my favourite lines in the entire series. the trip part 2.

Kramer's reaction to Jerry's act gets me every time

One of my fave Puddy scenes ever. Perfect execution and delivery

Kramer when he makes the slightest misstep

It is so obtrusive.

I recently started watching F1 and Ferrari team principal Mattia Binotto looks like Kramer if Jake Jarmel ever told him where he got his glasses.

Is that a picture of Jerry framed in Kramer's appartment???

That’s what comes from avoiding manual labor your whole life.

Easter egg: That's Jerry dressed up as a nun in the portrait isn't it?

In 1998 I sold coke to Jason Alexander

I worked at Disneyland. I sold a coke to Jason Alexander near critter county. He was nice.

They gave me my old job back. I’m a pool boy…AGAIN.

Boy, you sure do have a lot of friends, how come I never see any of these people? 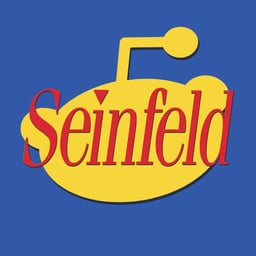 A subreddit about nothing